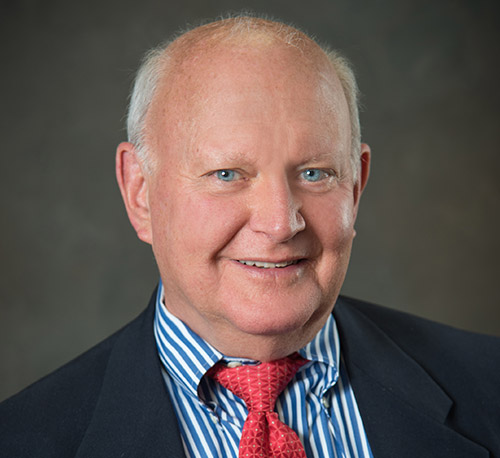 Joe grew up in Decatur, GA and pursued his undergraduate degree from the University of Georgia. Joe completed his Physician Assistant degree at the University of Alabama, Birmingham Medical Center. Joe began his career in Orthopedics in Baton Rouge, LA in 1984. There he met his wife, Tina, who is a Nurse Practitioner. Joe eventually made his way back to Georgia, and after spending 18 years in Atlanta, made his way to Athens where he has been since 2005. Joe works alongside Dr. Ormonde Mahoney and specializes in hip and knee conditions.

Joe has 2 children, Lindsay, who is also a Physician Assistant, and Trey, who has his own Heating & Air Company. Joe is the proud grandfather to 3 grandchildren.

In his spare time, Joe enjoys snow skiing with his family, hiking out west or the beautiful North Carolina mountains, and spending time in the great outdoors.