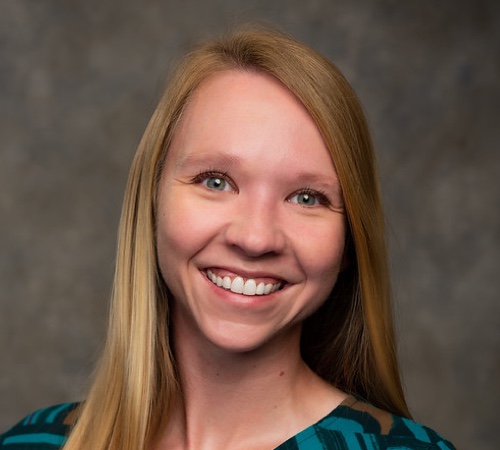 Kendal re-joined Athens Orthopedic Clinic after working here as a therapy aide from 2014 until she began physical therapy school in 2016. After graduation, Kendal immediately joined the 3rd Infantry Division at Fort Stewart, GA, treating soldiers with acute and chronic injuries sustained during military training and combat. She also participated as a research fellow with the US Army Research Institute of Environmental Medicine, documenting these findings to effectively identify and prevent these injuries in the future.

Kendal grew up in Athens, GA, where she participated in gymnastics for 15 years and eventually began coaching young gymnasts at Georgia Elite Gymnastics and Oconee Gymnastics during the summers between semesters at college. She has exceptional experience in the injuries gymnasts sustain as she was once a patient at AOC while competing. Kendal graduated from Georgia Southern University in 2014, where she earned her Bachelor’s in Science/Kinesiology. She received her Doctorate in Physical Therapy from Georgia Southern University in 2019.

In her free time, she enjoys being physically active and spending time with her husband and son.